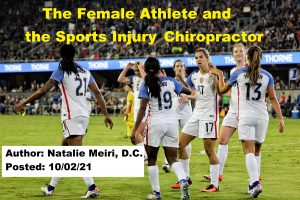 There are some injuries female athletes tend to have more than male athletes. This is true in many sports including running, soccer, rugby, basketball, bodybuilding, bowling, swimming, volley ball and golf injuries. There are many theories as to why this increase seems out of proportion to similar injury patterns in males. Some of the most obvious have to do with gender specific training. Other factors relate to the anatomic and physiologic differences between males and females. These observations started an interest in gender specific research. There are unique biomechanical, anatomic and hormonal factors that predispose skeletally mature female athletes to certain injuries. The Female Athlete and the Sports Injury Chiropractor is about what these female athlete injuries are and how a chiropractic clinic can help.

Firstly, prior to puberty, the differences between males and females are insignificant. Secondly, girls reach puberty earlier than boys.  And then there is a small time frame in which girls mature quicker, have greater coordination, and, in many cases, are taller than the boys. So prepubescent males and females are equal in body fat composition. Thirdly, the male body fat decreases 11% on average through adolescence. Females increase body fat on average 25% during this same period. Finally, post puberty, there are some recognized differences between males and females.

Statistically, there are no objectifiable differences between joint laxity (looseness of a limb or muscle) of females compared with males. Clinically, it has been observed that the knees and shoulders of females seem to be “looser.” Regarding the menstrual cycle, there appears to be no significant correlation between menstrual phase cycle and exercise performance. However, injury rates appear to increase in athletes with premenstrual symptoms. Furthermore, there has been an association between estrogen and possible laxity of the anterior cruciate ligament. 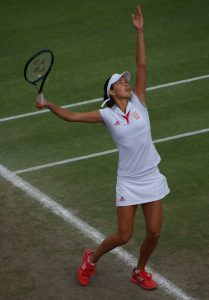 Women who participate in upper body sports such as tennis, swimming, and volleyball should be instructed to focus on both strengthening the rotator cuff and trunk muscles.  This decreases the stress to the shoulders and possible injuries. Since women are generally weaker in upper body strength, focus on a generalized upper body-strengthening program will also be beneficial.

It has been observed that patella (knee cap) instability is more common in females. This may be due, in part, to more of a tendency toward underdevelopment of the back surface of the patella and lateral condyle of the femur (thigh bone).  Women tend to have decreased vastus medialis strength, tighter illiotibial band (ITB), or a high riding patella. This tendency, combined with a position of recurvatum (hyperextension) seen more commonly in females, may predispose toward either tracking problems or patella dislocation. Similarly, for female athletes, vastus medialis strengthening, ITB stretching, proper training shoes (e.g. for pronation), and proprioceptive( sense of self-movement) training is important.

ACL (tissue that connects the thighbone to the shinbone, at the knee) laxity or looseness is a concern for females. Although there are many theories, the main effective strategy for decreasing injury is training. It is clear that the vast majority (80% in one study) of ACL injuries are noncontact.  And often occurring when landing from a jump. This is even more true in sports such as basketball and volleyball. One study divided these noncontact injuries into three types depending on the movement/maneuver causing it:

In one study, ACL injuries were reduced among a group of women by almost 90%.  They simply modified the plant-and-cut maneuver to a three-step stop. Female athletes should jump and land in a more flexed position, avoiding extension of the knee.

Noncontact ACL injuries may be related to both genu recurvatum and hyperpronation. Genu recurvatum is hyperextension of the knee which has several causes. Muscle weakness, especially of the muscles in the top of the thigh (quadriceps), an injury, or the shape of your bones at the knee are some. Hyperpronation occurs when the ankle bone turns inward and the rest of the foot turns outward. This puts too much body weight on the inside of the foot. 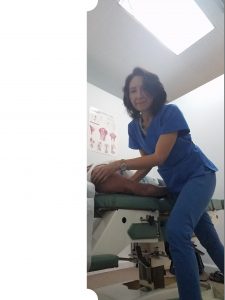 The Female Athlete and the Sports Injury Chiropractor

A sports chiropractor in North Palm Beach can adjust the spine/pelvis and extremities. And the best sports chiropractor is one who has the expertise and training to work on your muscles/ soft tissue surrounding your joints using techniques such as myofascial release and active release technique.

There are sports chiropractors who use their skills in soft tissue manipulation techniques to help optimize athletic performance and prevent injury.

Spinal and extremity adjustments along with recommendations from your chiropractor regarding stretching and strengthening exercises, nutrition, and lifestyle changes can successfully prevent a number of common, chronic and acute sports related injuries. Furthermore, besides from the female athlete performing better and reducing their injuries, regular chiropractic care will help with digestion, improve sleep, and increase energy. Regular chiropractic adjustments help avoid many of the disorders that take shape as illness.

If you are looking for a West Palm Beach sports chiropractor for women, Dr. Natalie Meiri can definitely help you. Call 561-253-8984 today.