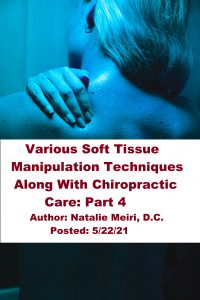 What is Ischemic Compression?

Ischemic compression is a procedure. All the following named techniques use it to some degree: Receptor-tonus (Nimmo), Trigger point therapy (Travell and Simons), Active release technique, ART (Leahy), and acupressure.  The difference is in the individual therapeutic approach and/or mechanism of treatment.  Each of the named procedures above have varying explanations and theories, but the application is similar for Ischemic compression. The clinical application is basically deep manual pressure applied over tender muscular nodules.

Theories on the Mechanism of Ischemic Compression

Several theories have been suggested to explain the mechanism of ischemic compression. Travell and Simons believe that by holding pressure over a specific site, ischemia (inadequate blood supply) is induced to the sensory nerves.  Subsequently, this produces a nerve block from lack of oxygen.

Another explanation is that after the release of manual pressure, a reflex vasodilation (widening of blood vessels which enhances blood flow) and hyperemia (excess of blood in the vessels) occur.  This produces a circulatory increase capable of removing chemical irritants and metabolites. And also this brings in oxygen and adenosine triphosphates (ATP is the source of energy for use and storage at the cellular level) to the area for healing.

Finally, the last theory considers the mechanism that deep pressure produces pain that hyperstimulates interneurons (nerve cells that connect other nerve cells).  This happens in the dorsal horn (part of spinal cord) to release endorphins that block pain perception.

The effects of ischemic compression are probably the result of a combination of mechanisms.

Dr. Raymond Nimmo was one of the first chiropractors to focus on the soft tissue component of dysfunction and subluxation (chiropractic joint misalignment or intersegmental joint dysfunction), advocating specific soft tissue treatment since 1950. Nimmo called the procedure for treating trigger points the receptor-tonus technique to emphasize his theory that it is a reflex technique and not a form of massage therapy.

Moreover, he suspected a neurologic explanation of treatment results because patients reported instantaneous pain relief after a treatment. He reasoned that only the nervous system was capable of creating changes in muscle tone within a few seconds. Receptor-tonus technique is therefore presented as a reflex technique that is thought to reduce muscle tonus (constant low level of activity in muscle) through reflexes mediated by the central nervous system.  The presence of these body wall reflex points are explained by a reflex pain mechanism (see previous post on body wall reflex techniques).

Dr. Janet Travell, M.D., placed a significant emphasis on the role of the myofascia in health and disease. Additionally, she was the first to use the term trigger point to describe the tender nodules in the soft tissues. Travell and Simons define a trigger point as “a hyperirritable spot, usually located in a taut band of skeletal muscle, that is painful on compression and can give rise to characteristic referred pain, tenderness, and autonomic phenomena”.

Both Travell and Nimmo techniques have evaluations which consists of postural assessment to identify gross (visible to naked eye) muscle imbalances and specific palpation of the myofascia (fibrous connective tissue) and  related muscular involvement.

Myofascial trigger points (TrPs) are extremely common and affect nearly everyone’s life at one time or another.  At a pain management center, a primary diagnosis of myofascial syndrome was assigned in 85% of cases among 283 patients.  A neurosurgeon and a physiatrist made this diagnosis independently, based upon physical examination “as described by Simons and Travell.”

The next post will be on mobilization and manual traction/distraction techniques (i.e. cranial manipulation, manual Lumbar Flexion-Distraction, Cox Method).

This post is about Inflammatory Arthritis Causing Low Back Pain Chiropractic Can Help With. Inflammatory arthritis includes a group of arthritis accompanied by joint pain, swelling, warmth, tenderness in the joints, and morning stiffness that lasts for an hour. And Joints affected are many joints throughout the body at the same time.  Moreover, inflammatory […]

Spondylolisthesis and Low Back Pain: a Chiropractor Can Help

This post is about Spondylolisthesis and Low Back Pain: a Chiropractor Can Help.  Approximately 80% of adults will have low back pain at some time in their lives. Furthermore, it appears that adolescents with low back pain are more likely to have problems as adults. And Spondylolithesis can be the cause of your back […]

Chiropractic Care for Degenerative Arthritis of the Spine and Extremities

Arthritis has a “geriatric” connotation, yet it may affect any age group. The term simply means that the joint is affected (joint disease/disorder). Arthritis can be due to many causes such as degeneration or destruction that is age-related or trauma related, infectious, inflammatory, and/or autoimmune.  This post is about Chiropractic Care for Degenerative Arthritis of […]

This post is about 3 Causes of Lower Leg or Ankle Pain a Chiropractor Can Help With. Exercise induced lower leg or ankle pain is common among athletes. Overuse injuries from hobbies or work can also cause varying degrees of muscle, tendon and bone irritation. Your leg pain may also be coming from your back […]

Hip Sprain/Strain or Osteitis Pubis: A Chiropractic Center Can Help

This post is about Hip Sprain/Strain or Osteitis Pubis: A Chiropractic Center Can Help. You may have had a fall onto the hip? Perhaps you have thigh pain from a sudden sports maneuver? Moreover, you may have developed this pain after a difficult delivery of a child or after a surgery?  Certainly, as a weight […]

Easter is a Christian holiday. It marks the Resurrection of Jesus Christ. It’s also a time for celebration with family and friends. So Easter is filled with eating and traveling. Here are some great tips to help you have your healthiest Easter yet!   Maintaining a healthy diet during Easter can be difficult. There […]

Bursitis Pain: 3 Types in Your Hip a Chiropractor Can Help

This post is about bursitis pain: 3 types in your hip a chiropractor can help.  You may have had a fall onto the hip? Perhaps you have thigh pain from a sudden movement? Moreover as a weight bearing joint, the hip is commonly affected by degenerative joint changes and soft tissue damage. So you may […]